Sorry to bore any of you with my reading posts but :-
Last year I joined the Goodreads 2011 reading challenge and set my goal at 50 books for the year.... the same amount I set as a personal challenge for 2010. I'm pleased to say that I not only reached my goal but exceeded it by 17 books!

Once again there is a lot of superantural fiction in the list thanks to my sisters influence which I mentioned in last years post here.  I'm still really enjoying what I read although I might try to throw a few classics into the mix for this year..... maybe :)

Also, if you'd like to see how I've rated any of the above books you can check them out in my Goodreads. You can also read a bit about the story and checkout other peoples reviews which is where I get a lot of my recommendations.

Now I can show you the things that I sent to my Friends In Stitching Christmas swap partner Jane of Sweet Cinnamon Stitches ..... the main present that she opened on Christmas day is one of my all-time favourite patterns by Janelle Wind - A Frilly Dilly Bag.  Jane tells me this has been on her to-do list for some time.... I guess she can cross that one off now! :) 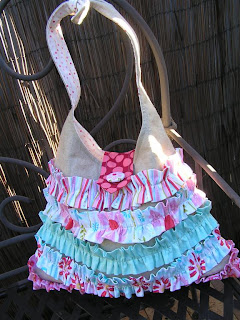 This is the inside of the bag showing one of my labels..... I had these made up quite some time ago now but usually forget to put them on the things I make.... glad I remembered this time! 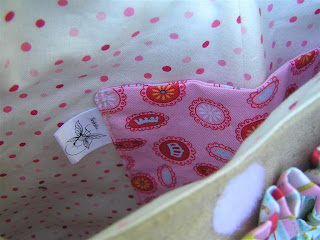 And these are the other little pressies I sent that were opened each day on
the five days leading up to Chrissy: 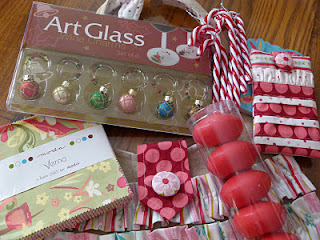 This was such a fun swap to put together!
Until next time....

Thimbelina
I always seem to be making something, whether it's a quilt, a stitchery or some type of dress-up or special outfit for my children, Miss 14 or Master 10. If only I had time to make half the things on my to-do list I would be one very happy Lady! 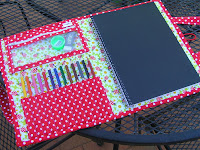 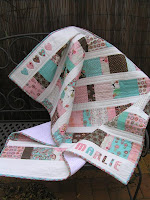